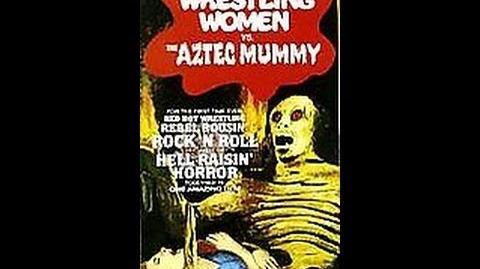 Opening To Rock-N-Roll Wrestling Women Vs. The Aztec Mummy 1986 VHS

Availability: Common; it can be found on every Video Treasures release from the era. It was last seen on The Legend of Boggy Creek. It surprisingly appeared on the 1989 Burbank Video release of The Lone Ranger when this was distributed by Video Treasures. 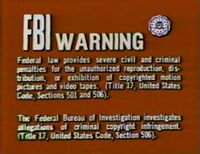 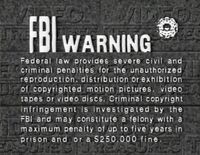 Warning: Same as the 1977 20th Century Fox Home Entertainment FBI warning, but it has a rocky, black and white Video Treasures wallpaper background.

Availability: Very common. The 1989 variant is especially easy to find, having been used for longer. However, it does not appear on Video Treasures releases distributed by Media Home Entertainment; those releases feature Media's FBI warning screen instead. Also, it appears on 1997-98 VHS releases from Anchor Bay Entertainment, including Zombie. 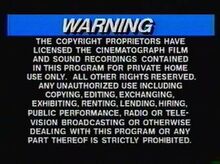 Availability: Seen on Polygram-distributed Video Treasures titles that have the 1982-1990 Polygram Video logo after the 1987-1998 Video Treasures, such as Endless Love. 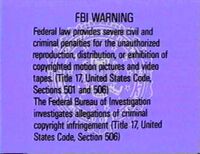 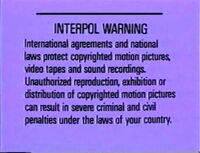 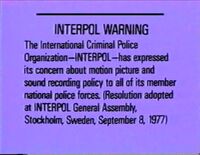 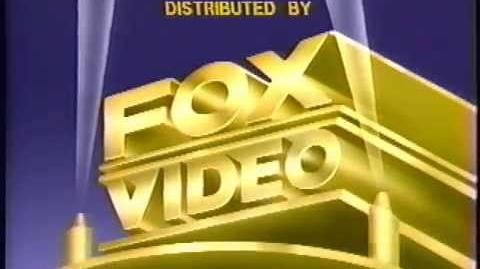 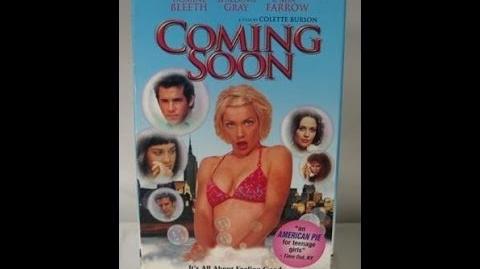 Availability: Common. It can be seen on Media-distributed Video Treasures titles. Surprisingly, it was also seen on a 1997 reissue of Hero and the Terror, which features Media's logo after the one for Video Treasures.

Warning: Same as the 1988 IVE/Live/Avid/FHE/Artisan warning.

Availability: Extremely Rare. It appears on Live Entertainment-distributed Video Treasures titles, such as the original 1994 VHS of Cinderfella (the 2000 print has the 1998-2007 warning). 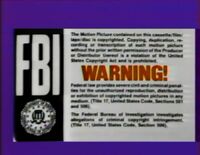 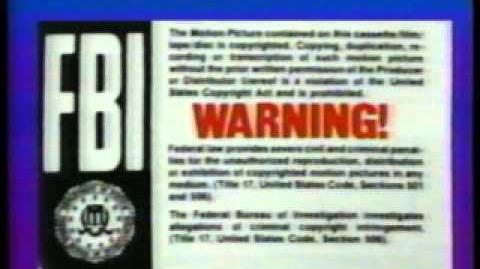 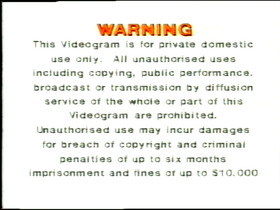 Availability: Only seen on a 1995 Video Treasures VHS of Raw Deal.

Editor's Note: $10,000 Australian dollars was equivalent to $7,136.40 in American money. The cost of the fine for the offender in Australia is cheaper than in America, and because Video Treasures is an American company, this warning screen would make more sense if it contained local warning text.

Warning: On a blue gradient background, we see the words "FBI WARNING" in a larger Franklin Gothic font, and below it is warning text in the same font, only smaller.

Availability: Seen on early Anchor Bay DVDs as well as the 1996 VHS of Baron Blood. 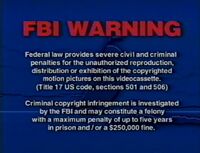 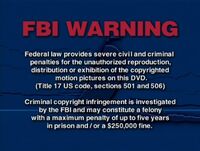 Warning: Over a blue-tinted island resembling the Anchor Bay logo, we see the words "FBI WARNING", and underneath them is the warning text.

Variant: Depending on the format, the text would either mention "videocassette" or "DVD."

Availability: Very common. It can be seen on Anchor Bay VHS and DVD releases from this time period, such as the majority of the Anchor Bay-era Thomas & Friends videos and Me, Eloise. 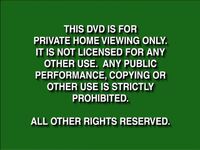 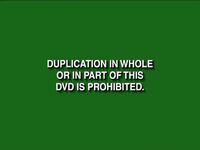 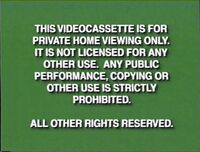 FX/SFX: A fade in and fade out on each screen.

Availability: Seen on Anchor Bay releases of material licensed from Disney, such as Something Wicked This Way Comes and The Black Hole. 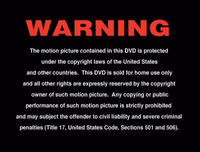 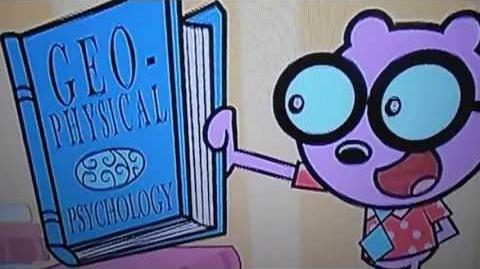 Warning: Same as the original version of the 1997 Trimark warning for DVDs and almost the same as the enhanced version of the 2005 Sony Pictures Home Entertainment warning screen for Blu-rays, except the text "FBI WARNING" replaces the FBI Anti-Piracy seal.

Variant: On Blu-rays, the background is dark blue, "FBI" appears before "WARNING," the bottom text is smaller, and all text is in a different font.

Availability: Seen on The Grand, newer Anchor Bay Entertainment releases, and the last DVDs of Thomas & Friends distributed by the company before Lionsgate (which would later fold Anchor Bay) took over distribution. Also seen on releases from Starz Home Entertainment from 2007-08.

Availability: Was first seen at the beginning of Eloise in Hollywood and Eloise Goes To School. It was later seen on all Weinstein Company films distributed by Anchor Bay from that time.

Availability: Very rare, as this was seen on the final releases distributed by Anchor Bay before their closure, such as the second season of Ash vs. Evil Dead.

Warning: On a black background is the word "WARNING" in an Arial font. Below it are two paragraphs of warning text in the same font, except smaller.

Variant: Depending on the format, the specific appearance of the warning screen would differ.

FX/SFX: Only the fade in and out of the text.

Availability: Appears on some Anchor Bay Entertainment VHS and DVD releases in the UK, mostly those of films before distribution went to Arrow Video. Seen on original prints of cult classics such as Withnail and I, The Evil Dead, Heathers, Elvira: Mistress of the Dark, Time Bandits, House, Re-Animator, Tenebrae and The Adventures of Tintin DVDs, among other titles. Some DVD releases, however, contain the Universal warnings, while some VHS releases instead contain the later Telstar Video Entertainment warning.